Every family has their story. Ours began at a precious wedding in June 1984.

When Edie Williams and CT Gordon united, CT was beginning his Pediatrics residency at the Massachusetts General Hospital and Edie her Clinical Fellowship Year in Audiology at the Massachusetts Eye and Ear Infirmary, both in Boston. Never in their wildest dreams did they expect what the next 26 years would bring. CT had committed his life to Jesus Christ as Savior and Lord at age 15 at a Young Life summer camp and subsequently served in a local church teaching children and leading a youth group. When they met, Edie was deeply steeped in her religion but did not understand that she too could have a personal relationship with God through Jesus Christ. However, she was sure there had to be more to God than trying to follow the rules and traditions of the religion. Through the example, biblical teaching, and supportive encouragement of CT and his brother (also a Christ-follower), Edie made the conscious decision to repent, believe, and choose Jesus as her personal Savior and Lord just months prior to the wedding.

Over four years passed; Charles Thomas Gordon IV (Chip) was born.  CT was in the midst of his Child Psychiatry Fellowship, and Edie retired to be a stay-at-home mom. A year and a half later, CT was studying autism and schizophrenia in the Child Psychiatry branch of the National Institute of Mental Health (NIMH) when Zachary (Zak) was born. CT had always loved children prompting him to complete training in Pediatrics, General Psychiatry and Child Psychiatry to learn as much as possible about children physically and psychologically. In addition, CT was quite interested in autism from a young age and took every opportunity to learn more about it.

Zak’s early development was normal and by 15 months of age, he spoke about 50 single words. He was a happy boy full of smiles and love. In fact, we used to call him the “happy dwarf” because of his joyful disposition and his love of Disney’s Snow White and the Seven Dwarfs. When Zak was 17 months old, his sister, Kelly, was born. How ecstatic we were to have a sweet, little, baby girl added to our family. However in the midst of our joy over our new arrival and by 18 months of age, Zak no longer spoke and was more difficult to “reach”. He would no longer even respond to his name. Over the next few years, there was much communication frustration, anxiety, self injurious behavior, and aggression. By age 5, it was clear that there was no appropriate school for Zak to attend and no way we could go to church as a family. Zak had no receptive language (could not understand any spoken language), had no expressive language, was highly anxious, had little-to-no frustration tolerance, and became extremely aggressive toward himself and others frequently. From his problem solving skills, it was obvious that Zak was quite bright, however. In addition he had been reading with some comprehension since before two years of age. Edie homeschooled Zak using a visual modification of Ivar Lovaas’ auditory based Applied Behavioral Analysis program. Zak responded beautifully and was hungry to communicate and learn. By age 7, he had developed an extremely functional visual communication system through reading and writing/typing. However, severe anxiety and aggression continued and multiple medication trials prescribed by CT were attempted with no success.
We were coming to the end of our rope. Obviously, God was trying to get our attention. http://66.132.247.178/uploads/Zak_resize testimony(1).jpg

For about ten years during Zak’s childhood phase, we searched on and off for a place where our family could worship together while trying to manage a busy home and work life including all the joys and hardships of living with autism. Time and time again, we came up empty handed. Either churches had no special needs ministry available at all or they simply were not equipped to handle a child with such extreme behavioral challenges as Zak. It never made sense that churches were not reaching out to their own community members that were so desperate for God and for acceptance and support. This did not compute in our understanding of being Christ-followers and of learning to model Him. Clearly, God shows no favoritism. All people are created in His image. God makes no mistakes. God loves each person the same. Christ died so that all may come to a saving relationship with Him. Why then were families, specifically those with disabilities, being bypassed or burned within their own community places of worship? This too was our dilemma.

All throughout this time period, Zak continued to be homeschooled by Edie while CT managed Zak's medical care and treatment. Chip and Kelly were actively engaged in their own elementary school experiences, which also included special education and time intensive support from mom and dad.

By God’s sovereign plan in Fall 2000, our family finally landed at McLean Bible Church (away from our home community), a church alive with the Holy Spirit and with a small but growing special needs ministry. The director, Diane Anderson, and her family exemplified the heart of Jesus. The ministry was a place where all were welcome. The purpose of the ministry was to provide a loving place for the child with special needs to be supported emotionally, spiritually and physically while allowing the parents an opportunity for brief respite while hearing the biblical teaching along with the rest of the congregation in the sanctuary. This, however, did not work in our case. Our son was simply too behaviorally challenging to safely leave with the staff thus requiring both parents to support him within the framework of the ministry. Chip and Kelly also volunteered weekly with us. However, the open and loving hearts of the director and staff provided a place of comfort and support for our family to worship and learn together within the ministry as well as to provide a place for God to begin working to shape our vision over time for the future and for Haven Universe. We were experiencing life within a biblical community and the support and encouragement were key. Working in the ministry together as a family unit helped to solidify our own relationships with the Lord as well as with one another in addition to growing our support network through other friends.

At about this time, Zak’s aggressive behavior towards himself and others was greatly reduced by a medication that CT was studying at NIMH. We breathed a sigh of relief and then “Wham!” out-of-the-blue and for no apparent reason, Zak’s bowel ceased to function. Medical work up including a bowel biopsy was inconclusive. We once again needed to depend on God on a daily basis to rely on Him for Zak’s spiritual, emotional, medical, and educational well-being and growth as well as our family’s emotional and spiritual well-being. Daily bible study became Zak’s favorite school subject for the next several years along with academics and speech/language work. It was during this season when God taught Edie specifically that He wanted her to teach Zak about Him and that Zak too could have a personal relationship with Jesus. God wanted mom to teach Zak to pray and not simply for mom to pray for Zak. This was a revelation that we were limiting God and putting Zak in a box by not thinking that he was even capable of having his own relationship with our living God of the universe. We obviously had much to learn and still do.

Eventually, God called us to another church, Damascus Road Community Church (DRCC) (also away from our home community).  This church was equally alive in the Holy Spirit and had a very small disability ministry in need of assistance to help it grow both within the church and outside of the church. Our family was accepted and supported, and we were baptized all together, including Zak, on June 12, 2002. Never in our wildest imaginings would we have thought this possible. What a glorious day!

When Zak was 17 years old, it became clear that God was calling Zak and mom “out of the basement” after twelve years of homeschooling. We arranged to do his academics at home with some job opportunities and supportive physical education (PE) at his local high school. It was there that Zak met Lynn Poznanski (Ms. Po), a teacher with 25 years experience in adaptive PE for all disabilities. Ms. Po would eventually become a very special friend to Zak, our family, and to Haven Universe. In addition and more importantly, she became a special friend to Jesus and was baptized in August 2008.

God has taught us so much through the special needs ministry called The Haven at DRCC along with our own personal education and family life experiences. He has given us the foundation for Haven Universe. The main purpose of Haven Universe is to reach people with the life changing message of Jesus Christ. We are especially encouraging the whole family (and friends) of individuals impacted by disabilities, who often are overlooked or not well served in other more traditional places of worship. One fundamental difference between the Haven and Haven Universe is that now we will be serving geographically closer to the communities of people in which we live and work. 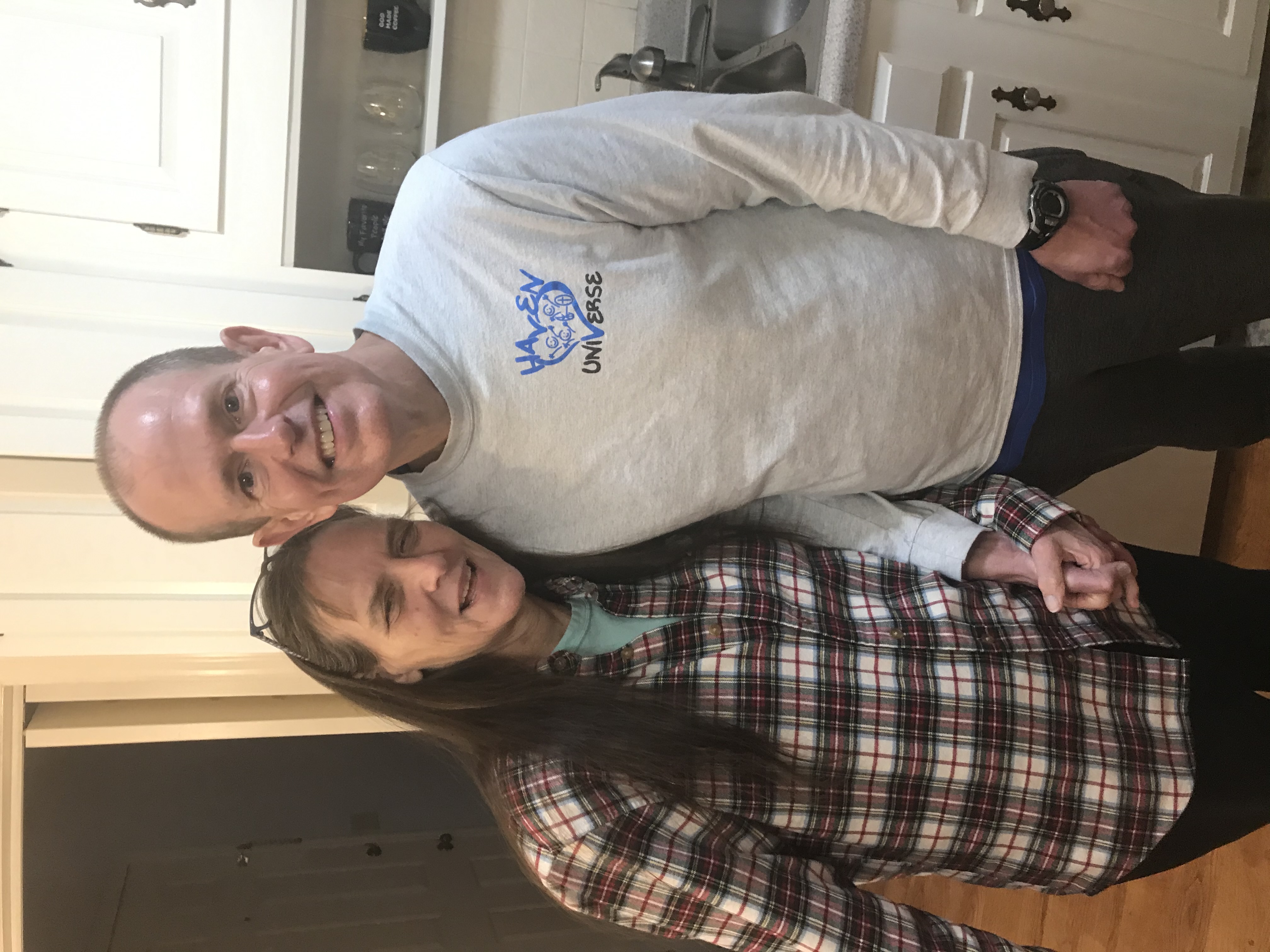 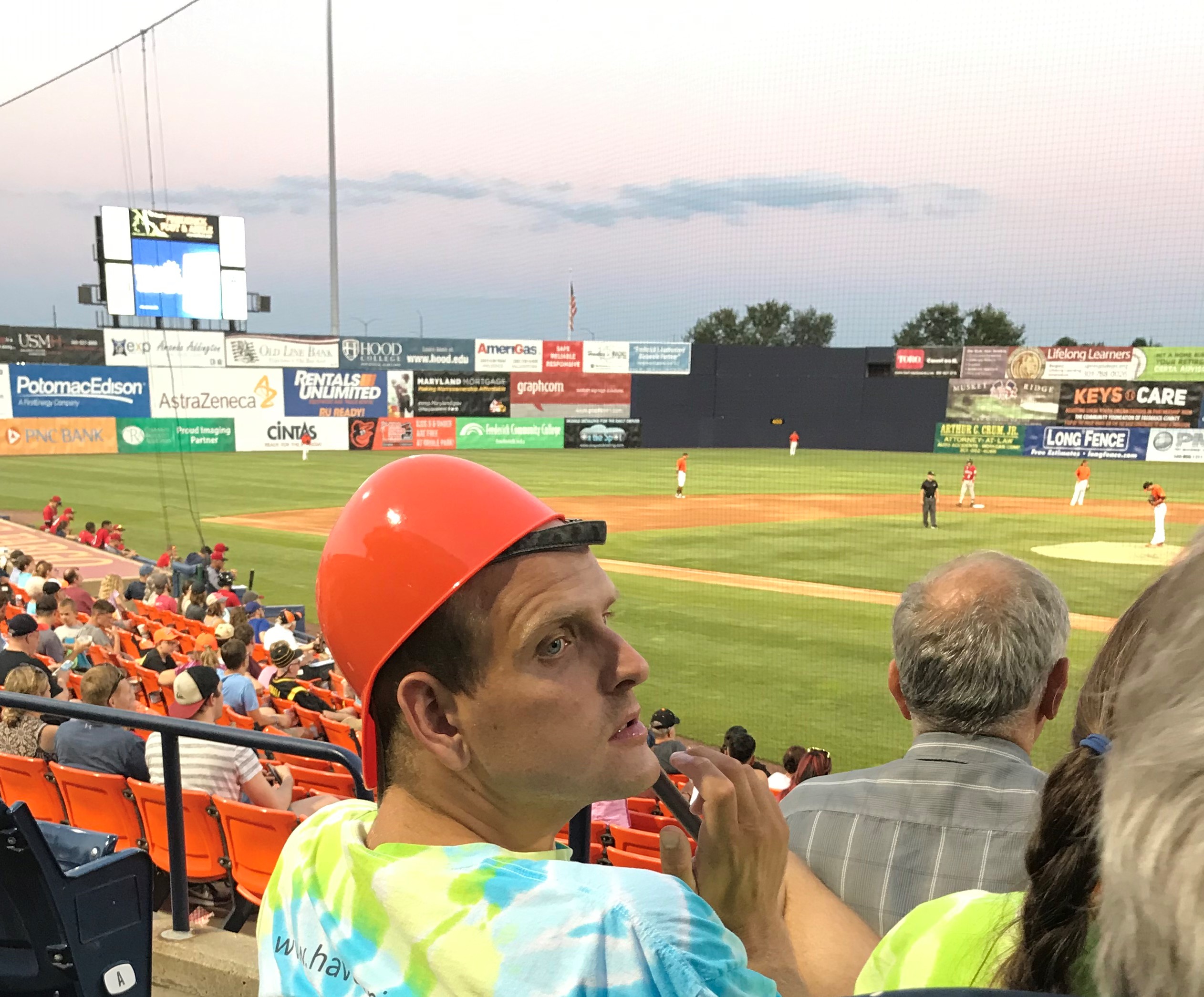